Every so often I’m struck by how lucky we are to live in Austin where there are so many people working on the cusp of disruption.  Our new series “The World Spins,”  will bring  people at the forefront of issues that are re-shaping the world we live in:  climate change, national security, blockchain technology, China and innovation.

Our speakers are participants – not observers:

NATIONAL SECURITY & CLIMATE CHANGE, Dr. Josh Busby, an associate professor at the LBJ School, has been deeply involved in climate change policy since 2008. He has and is participating directly in the Paris Accord discussions, as well as their follow-on sessions, the next scheduled to take place in Poland later this year. He’s running two major grants for the Dept. of Defense and has published widely on climate change and national security.

BLOCKCHAIN, Pete Harris, founder of Lighthouse Partners, works with companies who are integrating blockchain technology into their business strategy. He is one of the drivers of the blockchain community in Austin, where there are over 70 start ups involved in commercializing this nascent technology into our financial, health care, food safety and transportation ecosystems. His founded the hub of Austin’s blockchain innovation, the  Austin Blockchain Collective and chairs a monthly Blockchain for Business Meetup at the Capitol Factory which is free and open to all. 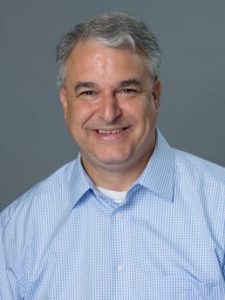 CHINA AND INNOVATION, David Firestein, is the founding director of the new China Public Policy Center at the LBJ School.  From his bio: Throughout his career, Firestein has played an active role advancing U.S.-China and U.S.-Asia trade. He has also produced path-breaking thought leadership, scholarship and Capitol Hill testimony on a range of topics, including U.S. arms sales to Taiwan, U.S.-China infrastructure investment cooperation, and the role of national exceptionalism as a driver of major international conflict today. Firestein is native Austinite who speaks Mandarin at near-native level and has published on what else – country music and diplomacy.