On 28 December 1991, the United States of America and the Republic of Belarus officially established diplomatic relations.  The United States of America was the second nation to recognize Belarusian sovereignty.  In an effort to further strengthen bilateral contacts, the Belarus-Texas Business Council was established on 22 April 2015.  The purpose of the Belarus-Texas Business Council (BTBC) is to develop the most effective means of promoting trade, education, and cultural programs between individuals and companies in the state of Texas and the Republic of Belarus.

The Belarus-Texas Business Council was established in 2015.  BTBC Members are directly involved in the creation and implementation of annual work plans which, as an initial starting point, have identified the industry sectors of Energy, Agriculture, Education, and Technology.

Transnational trade initiatives are guided by BTBC Co-Chairs, Geert Visser, Honorary Consul for the Republic of Belarus and Ben Ramirez, VP, World Affairs Council of Austin.  The Council membership is comprised of business executives from throughout Texas and Belarus in the following industry sectors: IT, Education, Agriculture, Energy, and Medical Technology.

BTBC is one example of the deepening relationship between the USA and Belarus.  More examples are available via this link. 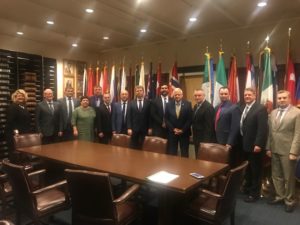 Corporate executives in Texas and Belarus have expressed their desire to identify and connect with business partners.  In order to accomplish these objectives, the World Affairs Council of Austin’s International Trade Center highlights trade opportunities in Belarus for consideration by Texas business decision-makers.  This site assists the exchange of trade and contact information for businesses in both nations. 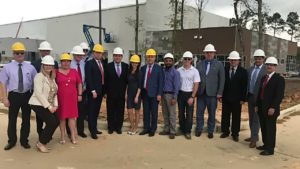