Events Texas Venture Labs, How it Works, and How You Can Get Involved 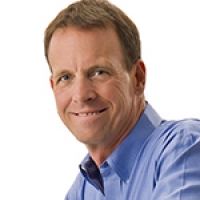 Texas Venture Labs, How it Works, and How You Can Get Involved

Ever think about starting a business? Ever think about helping a startup get off the ground? Texas Venture Labs has a number of programs to help both happen. Come hear about our innovative entrepreneurship programs, the process we follow, the kinds of companies getting started, and the results we are producing. Learn how you can become a part of the success story.

Rob Adams is on the faculty of The University of Texas at Austin where he teaches entrepreneurship in the MBA and MSTC programs and is the Director of Texas Venture Labs at the McCombs School of Business. He’s a former software executive, entrepreneur and institutional fund manager. He has served on many corporate boards and has founded or financed more than 40 companies, which have launched more than 100 products and raised significant amounts of capital in both private and public markets.

Prior to his appointment at The University of Texas, he was in the venture capital industry, ultimately founding AV Labs, a fund affiliated with Austin Ventures. Prior to the venture business, he was a software operating executive for two decades. This career included positions in sales, marketing, and general management. He was with Lotus (NYSE: IBM), joining the company shortly after its public offering. Adams was their first corporate sales representative and went on to be instrumental in the development and launch of both 1-2-3 for Macintosh and Lotus Notes. He founded and was CEO of Business Matters, a venture-backed developer of financial modeling products that was acquired. He was an executive with Pervasive Software (NASDAQ: PVSW), a company he helped take public.

Dr. Adams holds a Bachelor of Science degree in Industrial Engineering from Purdue University, where he received their Outstanding Engineer Award, a Masters of Business Administration from Olin School of Management at Babson College, and a Ph.D. in Management from Capella University. He has taught in the MBA programs of The Acton School of Business, Babson College and The University of Texas at Austin and is the recipient of numerous teaching awards.

He is an internationally recognized speaker on innovation, commercialization, and entrepreneurship. He speaks frequently on his pioneering work in Market Validation and has keynoted the Inc. 500 business conference, international venture conferences, and consults for numerous global 500 companies. His work has been covered in Business Week, Forbes, Fortune, Money, The New York Times, The Wall Street Journal, Washington Post, on Bloomberg Radio, Public Television and public radio’s nationally syndicated “Marketplace” program.

He is the author of A Good Hard Kick in the Ass: Basic Training for Entrepreneurs (Random House/Crown, 2002), If You Build It Will They Come? Three Steps to Test and Validate Any Market Opportunity (Wiley, 2010) and is co-author of New Venture Creation: Entrepreneurship for the 21st Century (McGraw-Hill, 2011).

He provides expert testimony on technology-related business issues and has consulted on economic development and early stage company investment and its impact on economies for governments including Canada, Chile, Costa Rica, India, Malaysia, New Zealand and Thailand. In the United States he has advised the White House and the Department of Commerce. 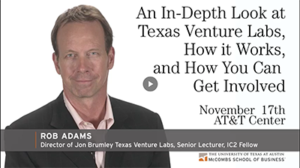