Ask Fred Schmidt what he thinks about Brexit, the June 23 referendum on whether Britain should continue as part of the European Union, and he doesn’t hesitate:

“Linking the EU and U.S. economies with TTIP [the Transatlantic Trade and Investment Partnership] is where the future lies, said Schmidt, and entrepreneur and director of international affairs at the Capital Factory, Austin’s downtown hub for technology entrepreneurs. “It would be mind boggling for Britain to leave the EU and its massively successful linkages of economies and people.” 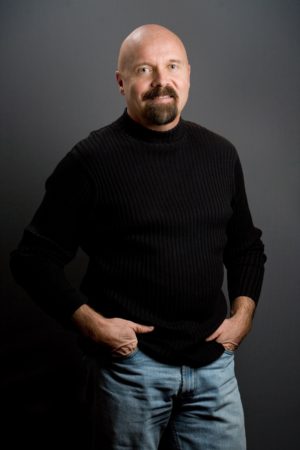 “It would be mind boggling for Britain to leave the EU,” said the Fred Schmidt, director of international affairs for the Capital Factory

Schmidt was recently appointed a Member of the Most Excellent Order of the British Empire, or MBE, by Queen Elizabeth, for his role in developing sister and science city partnerships between Austin and the Borough of Hackney of London, where Tech City, the area’s innovation district is located. The relationship has proven vibrant, serving as a springboard for economic and business development initiatives across London’s other 32 boroughs and into Europe.

With Brexit polls showing the “Leavers” neck-to-neck with those who want to remain, TLA has actively lobbied for the country’s staying in the EU. The organization believes Brexit would damage London’s reputation as a world-leading technology hub and is actively encouraging Britons – especially young people — to register and vote.

A gateway to the EU, closed?

Since Britain would be the first country to leave the EU, no one knows for certain what the impact would be. But the general tenor is that a Brexit would not be good news for Austin companies with offices in Britain, or for British-based businesses here.

For example, Austin companies considering a European office face the headquarters question. “Britain is an automatic choice because of the shared language and access to the Eurozone,” said Robert Bou, president of Ashlar-Vellum, an Austin-based company that designs computer-aided design and 3D modeling software. “If Brexit happens, companies will need to calculate whether to open their headquarters on the continent, or open a UK branch managed from the continent, Ireland, or the U.S.”

“Only the economists and other realists are planning,” said Schmidt. “But the implications [of Brexit] are clear.”

Brexit is only one of a wave of global protectionist measures. Those of you who were lucky enough to attend the Texas-EU summit heard Caroline Vicini, deputy head of delegation of the European Union to the United States, talk frankly about the challenges TTIP faces. It is one of two major trade deals opposed by both presidential clients.

Of course, not everyone thinks Brexit would hinder growth. Earlier this year, Richard Florida, an urban theorist and director of cities at the Martin Prosperity Institute in Toronto, told Bloomberg Technology: Nowhere else can hope to compete with London’s status as “the talent magnet for Europe. No other place comes close,” Richard Florida, in February of this year. Along with New York, “it is one of two economic centers of the world,” a reality that wouldn’t be significantly altered outside the EU.”

As for Austin, Schmidt is not taking his foot off the gas. On June 23, “we’ll be cryin’ tears of joy or sadness in some pub that night,” said Schmidt, “And then life will just move on.”