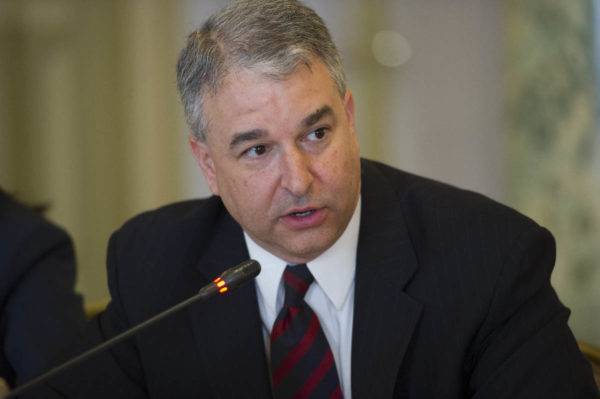 World Spins Series: An Assessment of U.S.-China Relations Midway in the Trump Administration

Two years into the Trump Administration, what is the current state of the U.S.-China relationship?  The U.S.-China “trade war” has dominated headlines in both the United States and globally throughout 2018 and into 2019.

But in what ways is the U.S.-China relationship of today different from that of early 2017?  In addition, to trade and investment issues, the United States and China have engaged on topics ranging from North Korea, the South China Sea, U.S. arms sales to Taiwan, sometimes agreeing and sometimes disagreeing.

David Firestein, former U.S. diplomat, U.S.-China relations expert and founding executive director of the University of Texas at Austin China Public Policy Center and inaugural president and CEO of the George H. W. Bush Foundation for U.S.-China Relations, will share his analysis and insights about the state of the U.S.-China relationship at this mid-way point of Trump’s current term in office.

RSVP and join us!