Events Winning, Losing, and Values—from 2 Guys on Your Head at KUT Radio 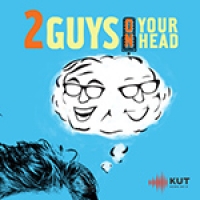 Winning, Losing, and Values—from 2 Guys on Your Head at KUT Radio

Values matter in the workplace, because they determine the frame that we place on the interactions that we have with others.  To put this into context, it is important to understand the psychology of values and the role that these values play in the way people interpret the world.  We discuss this point in the context of negotiation and competition in the workplace.  Negotiation affects not only the particular outcome being discussed but also the relationships among people that determine what counts as the successful outcome of a negotiation.  We also explore the role of values in determining broader issues in the workplace like work-life balance, and the responsibility companies have to the society around them.

Art Markman is the Anabel Irion Worsham Centennial Professor of Psychology and Marketing at the University of Texas at Austin and Founding Director of the Program in the Human Dimensions of Organizations.  Art has written over 150 papers on topics including reasoning, decision making, and motivation.

He brings insights from cognitive science to a broader audience through his blogs at Psychology Today and Fast Company as well as his radio show/podcast Two Guys on Your Head (co-hosted with Bob Duke).  He has written several books including Smart Thinking, Smart Change, Habits of Leadership.  His most recent book is Brain Briefs, co-authored with Bob Duke.

Bob Duke is the Marlene and Morton Meyerson Centennial Professor and Head of Music and Human Learning at The University of Texas at Austin, where he is University and University of Texas System Distinguished Teaching Professor, Elizabeth Shatto Massey Distinguished Fellow in Teacher Education, and Director of the Center for Music Learning. He is also a clinical professor in the Dell Medical School. A former studio musician and public school music teacher, he has worked closely with children at-risk, both in the public schools and through the juvenile justice system. He is the author of Scribe 4 behavior analysis software, and his most recent books are Intelligent Music Teaching: Essays on the Core Principles of Effective Instruction, The Habits of Musicianship, which he co-authored with Jim Byo of Louisiana State University, and Brain Briefs, which he co-authored with Art Markman, his co-host on the public radio program and podcast Two Guys on Your Head, produced by KUT Radio in Austin.

Rebecca McInroy is an award-winning host, show creator, and executive producer, who produces a wide range of content for KUT, KUTX and KUT.ORG.
Rebecca believes it is important that Public Media directly connects with the community it serves. Many of her programs combine the talent, and knowledge of the Austin community, with the production arm of KUT/X Public Media to produce content that bridges the gap between the general public and higher education.

She can be heard co-hosting the fortnightly food politics podcast The Secret Ingredient with Mother Jones’ Tom Philpott, and writer, activist and academic Raj Patel.

She is also the executive producer and host of the live discussion program in Austin, Texas Views and Brews where the topics range from the history of light and architecture to transgender issues, and beyond.

She is the executive producer and editor of the national weekly radio program and podcast Two Guys on Your Head hosted by professors Art Markman and Bob Duke, about human behavior and the brain.

With her most recent project she is the executive producer and editor of the audio documentary series Stuart Hall: In Conversations with host professor Ben Carrington about the life and legacy of the cultural theorist Stuart Hall.

McInroy’s other programs include: The Write Up with Owen Egerton; In Perspective; and Liner Notes.