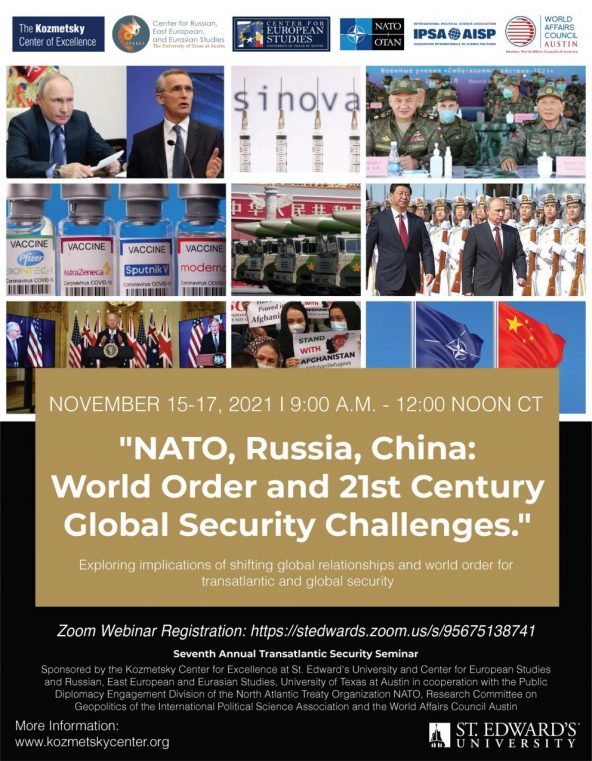 The forum dialogue will focus on implications of shifting global relationships and world order for transatlantic and broader global security. Among major topics, speakers will assess the impact of COVID19 to include discussion of political systems, values and responsiveness to the pandemic, lessons of the withdrawal from the twenty-year war in Afghanistan, consequences of climate change, weapons proliferation and terrorism, regional clashes and conflicts, cyber and information security, competing visions of world order, geopolitical and security implications of shifting relationships among major powers and other topics of critical relevance to transatlantic and global security.  We are especially interested in facilitating dialogue among a diversity of national and regional experts exploring the most pressing security challenges facing the global community at this critical juncture contributing to deepening understanding of opportunities and obstacles to advancing security cooperation among nations.

For conference agenda and additional information click on the image below: 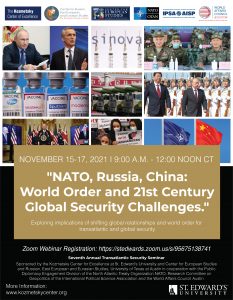