Events The Firebird: The Elusive Fate of Russian Democracy 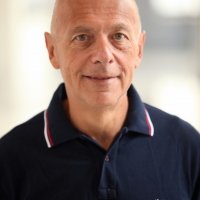 The Firebird: The Elusive Fate of Russian Democracy

The World Affairs Council of Austin, the Wilson Center’s Kennan Institute, the Kozmetsky Center of Excellence at St Edwards University, and Center for Russian, East European and Eurasian Sudies at the University of Texas are pleased to present the Kennan Conversation with Andrei Kozyrev.  Mr. Kozyrev will provide attendees with an eyewitness account of the collapse of the Soviet Union, the struggle to create a democratic Russia in its place, and how the promise of a better future led to the tragic outcome that changed our world forever.

Andrei Kozyrev was foreign minister of Russia under President Boris Yeltsin from August 1991 to January 1996. During the August 1991 coup attempt against Mikhail Gorbachev, he was present when tanks moved in to seize the Russian White House, where Boris Yeltsin famously stood on a tank to address the crowd assembled. He then departed to Paris to muster international support and, if needed, to form a Russian government-in-exile. He participated in the negotiations at Brezhnev’s former hunting lodge in Belazheva, Belarus where the leaders of Russia, Ukraine, and Belarus agreed to secede from the Soviet Union and form a Commonwealth of Independent States. Kozyrev’s pro-Western orientation made him an increasingly unpopular figure in Russia as Russia’s spiraling economy and the emergence of ultra-wealthy oligarchs soured ordinary Russians on Western ideas of democracy and market capitalism.

About the Kennan Conversation

For 45 years, the Wilson Center’s Kennan Institute has worked to improve American understanding of Russia and the surrounding region. Located in Washington, DC, the Institute is the nation’s premier national research center devoted to Russia, producing policy relevant knowledge, and providing a non-partisan environment to study and debate issues concerning the region. Starting in 2016, the Kennan Institute recognized the need to connect directly with audiences outside of the Washington beltway to answer their questions about Russia.

The Kennan Conversation program takes our experts on Russia and the region to meet with and engage local audiences across the United States who are fascinated by what they read and hear in the news, but often do not have the opportunity to hear directly from leading experts. We seek out local partners to identify audiences and conduct outreach to local media and other groups interested in learning more about this part of the world.