Events The Climate Change Challenge and Implications for National Security 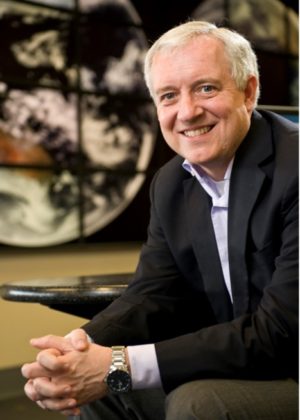 The Climate Change Challenge and Implications for National Security

On Tuesday evening October 4, the Kozmetsky Center and World Affairs Council of Austin will host U.S. Navy Admiral (Ret.) David W. Titley, Ph.D., Professor of Practice in the Department of Meteorology and Atmospheric Science at Pennsylvania State University.  While serving in the Pentagon, Admiral Titley initiated and led the U.S. Navy’s Task Force on Climate Change. After retiring from the Navy, Dr. Titley served as the deputy undersecretary of commerce for operations, the chief operating officer position at the National Oceanic and Atmospheric Administration. He served as a naval officer for 32 years and rose to the rank of rear admiral. Dr. Titley’s career included duties as commander of the Naval Meteorology and Oceanography Command; oceanographer and navigator of the Navy; and deputy assistant chief of naval operations for information dominance. He also served as senior military assistant for the director, Office of Net Assessment in the Office of the Secretary of Defense.

Professor Titley is a nationally recognized expert in the field of climate, the Arctic, and National Security, and he is founding Director of Penn State University’s Center for Solutions to Weather and Climate Risk.

Dr. Titley serves on numerous advisory boards and National Academies of Science committees, including the CNA Military Advisory Board and the Science and Security Board of the Bulletin of the Atomic Scientists. Dr. Titley is a fellow of the American Meteorological Society and was awarded an honorary doctorate from the University of Alaska, Fairbanks.

Please note that the Kozmetsky Center will also be hosting Dr. Geoff Dabelko, Professor and Director of the Environmental Studies Program at Ohio State University and Senior Advisor for the Environmental Change and Security Program at the Woodrow Wilson Center, who will offer a second perspective on the critical climate change issue in March 2017.