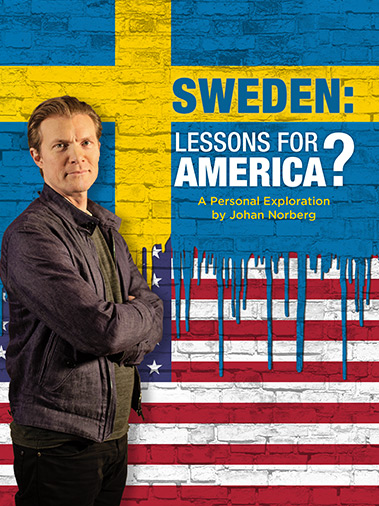 Join Whole Planet Foundation and The Great Listening, with partners The Swedish-American Chamber of Commerce and the World Affairs Council of Austin, for a special screening of Johan Norberg’s “Sweden: Lessons for America?”

The documentary film, presented in partnership with Free to Choose Media, examines Sweden’s historical and economic evolution from one of the poorest to one of the most prosperous countries in the world. The film questions Americans’ misconceptions about Sweden’s “socialist” economy and explains the connection between Sweden’s enhanced quality of life and its prosperity due to free-markets.

After the film a 30-minute round table discussion and Q&A focusing on respectful, democratic dialogue will consider the film’s topic and how economic systems of countries impact poverty around the world.  The round-table will feature Philip Sansone, Founder of Book People and President of the Whole Planet Foundation, Ben Ramirez of WAC Austin, and Henrik Johansson of the Swedish American Chamber of Commerce in Austin.  The panel will be moderated by Whole Planet’s Director of Development, Joy Stoddard.