Events Seminar: “Is This the End of the Civilized World?: The Visual Persuasion of ISIS” 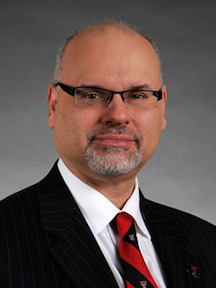 Seminar: “Is This the End of the Civilized World?: The Visual Persuasion of ISIS”

The Austin Chapter of the Dialogue Institute and the World Affairs Council of Austin cordially invite you to join us for a gripping discussion with Dr. David D. Perlmutter, expert on political communication and the tools of persuasion. Learn how popular tools of youth culture are evangelizing the ISIS message in a sophisticated recruiting campaign that knows no boundaries.

The propaganda of ISIS has swept past attempts to undermine, interdict, or counter it. Tens of thousands of fighters, from regions as diverse as Australia to Canada to the Middle East and in between, have traveled to fight for the cause of the so-called “Islamic” state. Hundreds of thousands of “ISIS fanboys” tweet or text in favor of ISIS. The ISIS leadership’s brilliantly designed and edited recruiting videos successfully mimic popular genres of video-game-style first-person shooters and action movie montages. Young people consume the propaganda via the Internet and social media, and their attraction to it is only heightened by their society’s disapproval of these modern communication methods. We take a closer look at what, exactly, it is that ISIS promises its legions of young fanboys and what – beyond religion – it is really “selling”.

For an introduction to his argument, read the USA Today article, “ISIL’S SOPHISTICATED RECRUITING CAMPAIGN POSES PERSISTENT THREAT IN U.S.”http://www.usatoday.com/story/news/nation/2015/04/26/foreign-fighters-isil-fbi/26202741/
About the Speaker:

DAVID D. PERLMUTTER is a professor at and Dean of the College of Media and Communication at Texas Tech University. He received his BA (’85) and MA (’91) from the University of Pennsylvania Annenberg School for Communication and his Ph.D. (’96) from the University of Minnesota. Perlmutter is the author or editor of nine books on political communication and persuasion. He has also written several dozen research articles for academic journals as well as more than 250 essays for U.S. and international newspapers and magazines such as Campaigns & Elections, Christian Science Monitor, Editor & Publisher, Los Angeles Times, MSNBC.com, Philadelphia Inquirer, and USA Today. Perlmutter has been interviewed by most major news networks and newspapers, from the New York Times to CNN, ABC, and The Daily Show. He regularly speaks at industry, academic, and government meetings and runs workshops on personal and institutional branding via social media and on promotion and tenure in academia. He writes the “Career Confidential” advice column for the Chronicle of Higher Education. His book on promotion and tenure, PROMOTION AND TENURE CONFIDENTIAL was published by Harvard University Press in 2010.
Admission to this luncheon program is free; and the amount of suggested donation is $10.

The Austin Chapter of the Dialogue Institute and the World Affairs Council of Austin look forward to welcoming you there. 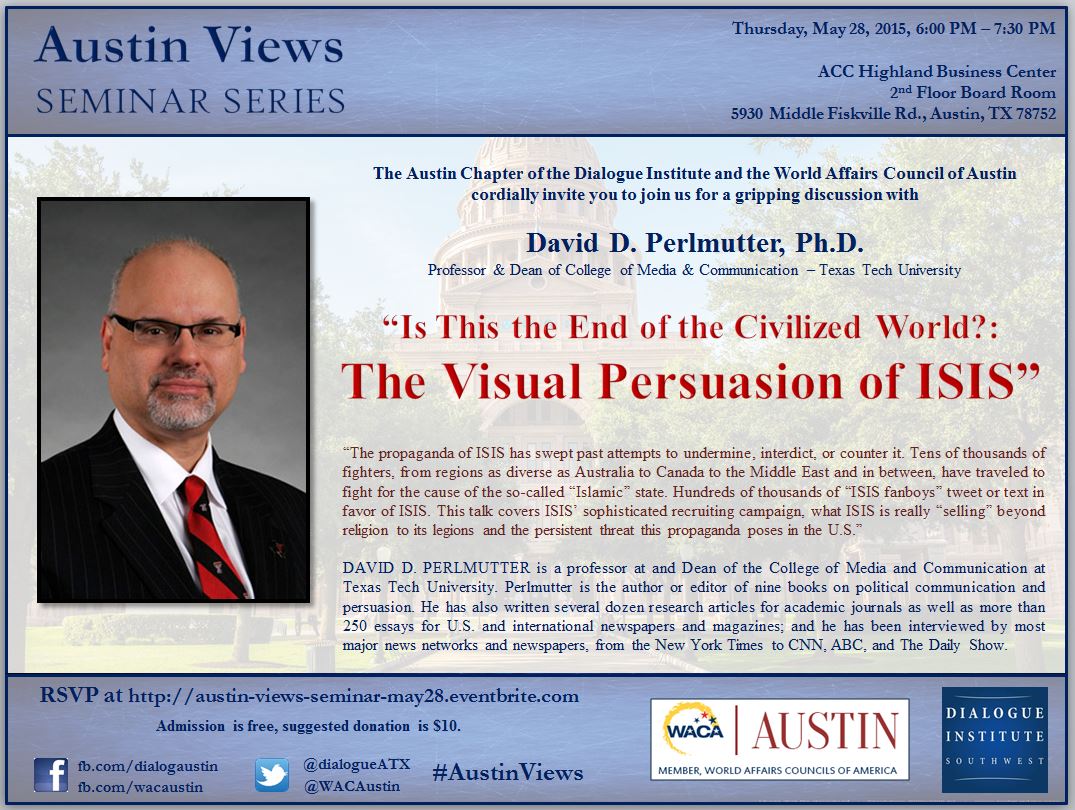