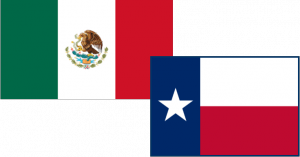 DUE TO A FAMILY MEDICAL EMERGENCY, OUR SPEAKER WILL NOT BE ABLE TO TRAVEL TO AUSTIN

The World Affairs Council of Austin in collaboration with the Greater Austin Chamber of Commerce, Mexico’s Ministry of Economy, and the Texas Camino Real District Export Council, presents an exclusive executive briefing on the NAFTA negotiations featuring Guillermo Malpica Soto, Head of the Trade and NAFTA Office in the Ministry of Economy at the Embassy of Mexico in Washington D.C.

Mr. Malpica will provide an update on the NAFTA negotiations, Texas-Mexico trade, and energy issues. His responsibilities include leading the energy negotiations in the NAFTA discussions.

Guillermo Malpica Soto has served as Mexico’s Director General for International Trade in Services and Investment in Mexico’s Ministry of Economy since 2008. Since then, he has been instrumental in formulating Mexico’s position in these areas in multilateral, regional and bilateral fora, including the Doha Round in the World Trade Organization, the OECD, ALADI, APEC, TISA, the Pacific Alliance and the Trans Pacific Partnership Agreement (TPP). He also led the negotiation of bilateral investment agreements (Agreements for the Promotion and Reciprocal Protection of Investments) with Singapore, Kuwait, the United Arab Emirates, Turkey, Haiti, Saudi Arabia, Qatar and Ukraine.

Mr. Malpica served as Counsellor in Mexico’s Permanent Mission to the World Trade Organization in Geneva in 2007, and as Economic Affairs Advisor in the NAFTA Office of the Ministry of the Economy in Ottawa, Canada in 2006.