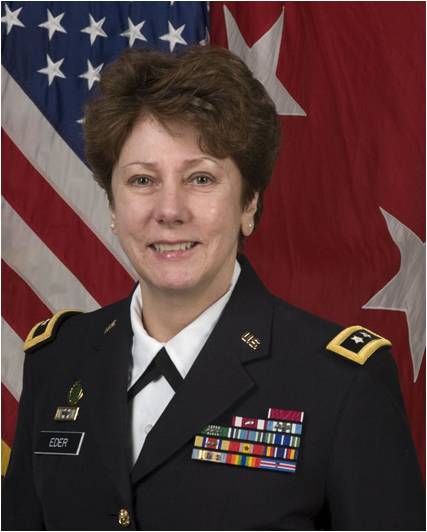 The World Affairs Council of Austin is pleased to partner with the Kozmetsky Center at St. Edward’s University in welcoming U.S. Army Major General (Ret.) Mari K. Eder, PhD to Austin.  Dr. Eder will assess the erosion in confidence regarding public information and suggesting ways that we might safeguard society from disinformation.

Maj. Gen. Eder will share her perspective on the media and information in influencing perceptions of institutions, public leaders and elections.  The lecture will analyze developments in the information space for national security and the future of warfare.  Maj. Gen. Eder will offer suggestions on how policymakers and society might respond to challenges in obtaining credible information or limiting vulnerability to deliberate attempts on the part of domestic and foreign sources or adversaries to shape perceptions with non-factual information.

Major General Eder served as the Army’s Deputy Chief of Public Affairs, Commanding General of the U.S. Army Reserve Joint and Special Troops Support Command, Deputy Chief of the Army Reserve,  leader of the Army Reserve Ambassador Program, Director of Public Affairs at the George C. Marshall European Center for Security Studies, and professor and lecturer in communications and public diplomacy at the NATO School in Germany and Sweden’s International Training Command.  She was inducted into the Army Public Affairs Hall of Fame in 2017 and received the Joe Galloway Lifetime Achievement Award for excellence in strategic communication. In addition to numerous military awards and recognition, Maj. Gen. Eder received the Vatican award of the Knight, Grand Cross of the Order of Saint Gregory the Great from Pope Benedict XVI in 2011.

Maj. Gen. Eder’s book, Leading the Narrative: The Case for Strategic Communication, is used in university communication courses, and she is the author of numerous case studies and articles on strategic communication topics. She holds a PhD from Edinboro University of Pennsylvania and has spoken for the World Affairs Council, Atlantic Council and at major universities throughout the country on issues of national security, communication (including cyber and artificial intelligence), ethics and leadership.

Off-campus/WAC guests should register their cars if they are parking on campus.
https://stedwards.nupark.com/events/Events/Register/8a31ddb3-70cb-4428-bb75-34c56c3d9c7a
+ Google Calendar+ iCal Export