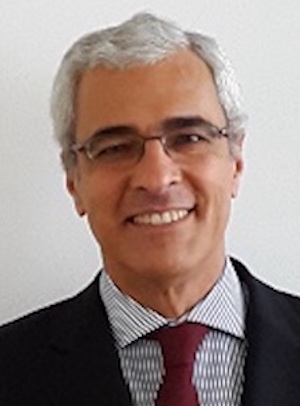 Exclusive event for World Affairs Council Members.  Please join us for a special program on trade and investment opportunities in the Portuguese Republic.  Portugal’s economy has been expanding at a steady pace since 2010.  The newly elected government’s approved budget signals that Portugal is recovering credibility in the markets as well as trust, stability and economic optimism.

Portugal’s export driven economic growth has been remarkable. Portuguese exports to the US more than doubled in the last five years from 1 to 2.5 billion Euros.  Besides traditional sectors (textiles, footwear, wines, food, ceramics, wood and pulp), Portugal’s economy is more and more focused on modern, non-traditional industries like renewable energy, aerospace, biotech and information technology.

Entrepreneurship is also a focal point in the Portuguese economy.  Lisbon, a hotbed for startups with many government-funded business incubators, will host the largest European event on innovation startups – the Web Summit (November 7-10, 2016).

H.E. Domingos Fezas Vital, Ambassador of Portugal to the USA, and

Dr. Robert Peterson, Director of the IC2 Institute at the University of Texas

Graduated in Social and Juridical Sciences in the Federal University of Rio de Janeiro; degree in Law from the University of Coimbra; Post-graduate in International Trade from the Solvay Institute of the Université Libre de Bruxelles.  He previously served as Permanent Representative of Portugal to the European Union.

Become a member of the World Affairs Council of Austin prior to April 22nd to receive your exclusive invitation.  Membership information is available at: www.wacaustin.org/membership