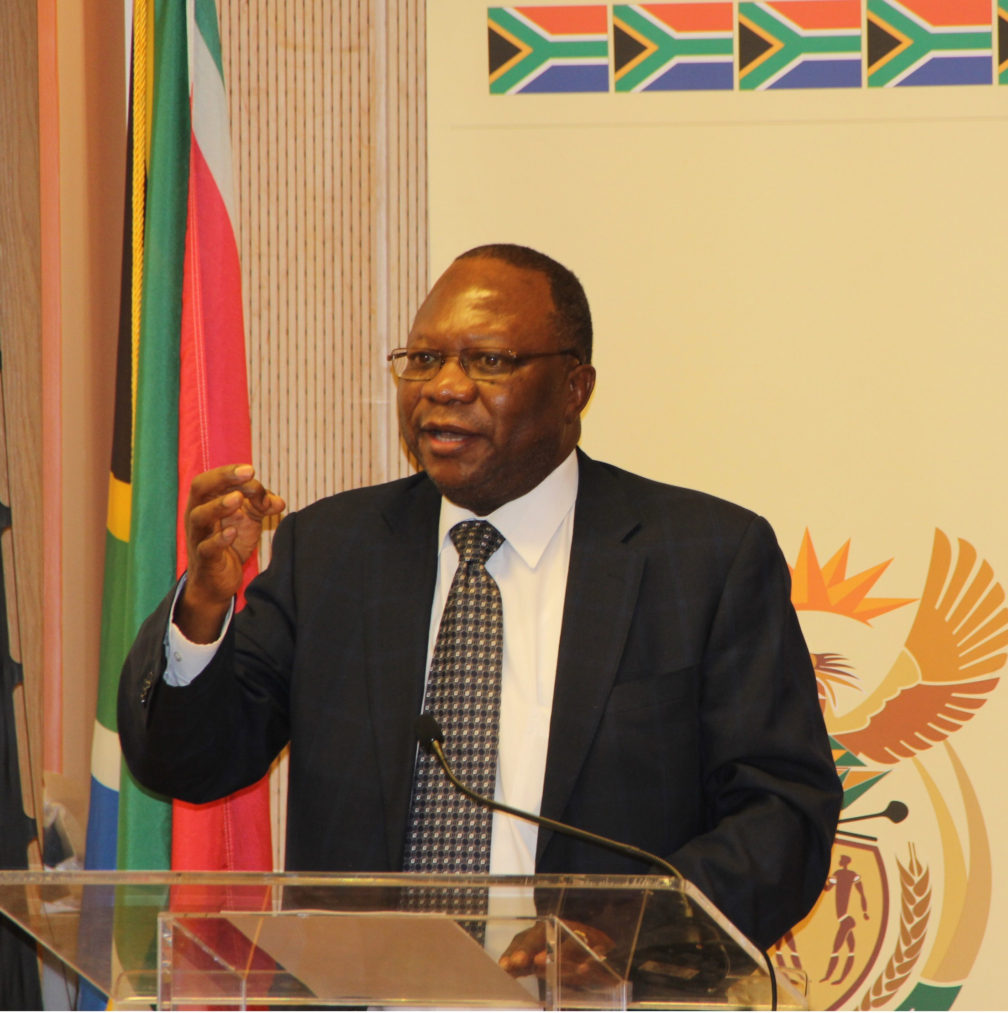 Ambassador Mahlangu is one of the leaders who played a critical role in the process leading up to the first democratic South Africa. Between 1991 and 1994, he was a negotiator at the Congress for Democratic South Africa (CODESA) and the Multiparty Negotiation Forum. In 1993, he became the Co-Chairperson of these bodies. From 1993 to 1994 he was a member of South Africa’s Transitional Executive Council.

He has represented South Africa in many international platforms, including the UN and G20 Speakers Conferences. He was the leader of the South African Parliament’s delegation to the Pan-African Parliament. His duties in this continental body included serving in the Committee on Rules, Privileges and Discipline. He has held the positions of Chairperson of the Commonwealth Parliamentary Association (Africa Region) and President of the Commonwealth Parliamentary Association (International) respectively.