Events Disruptive Astronomy: How Technology, Serendipity, and the Weirdness of Nature Have Changed What We Know About the Universe 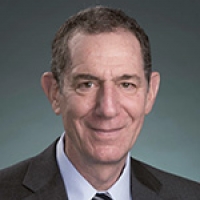 Disruptive Astronomy: How Technology, Serendipity, and the Weirdness of Nature Have Changed What We Know About the Universe

Join us on 22 February for a presentation by Daniel Jaffee, Ph.D.Vice President of Research; Professor of Astronomy
College of Natural Sciences.

“We had our Universe literally laid out in front of us in 1990…25 years later and it’s a whole new ballgame…people have had to change what they’re doing, techniques they’re using, and develop new instrumentation because the world is not what we thought it was.”

These discoveries spawned new “industries”, massive efforts that now dominate the field, and generated a drive for a whole range of new technologies to help us understand our origins.  Today’s astronomy thrives on innovation but faces many of the constraints and competitive challenges that businesses face.  I will discuss some of the latest work in the field and how it has responded to new technical developments and to the unexpected discoveries that make astronomy such an exciting area of study.

• What technologies astronomers use and how they work

• The industries “discovered” by disruptions in astronomy

• The constraints and competitive challenges that businesses and astronomers both face. What they can learn from each other.

Registration cost includes lunch.  RSVP via the event website link here or below.

Daniel Jaffe is the Vice President for Research and Jane and Roland Blumberg Professor in the Department of Astronomy at The University of Texas at Austin. Prof. Jaffe received his BA and PhD from Harvard University and held positions as an Enrico Fermi Fellow at the University of Chicago and an Assistant Research Scientist at UC Berkeley before joining the UT faculty in 1986.  Jaffe’s research encompasses device development, instrumentation, and observations geared toward understanding how stars and planetary systems form and evolve.

His group constructs silicon diffractive optics using precision lithography and currently has devices on instruments for NASA’s SOFIA airborne observatory and James Webb Space Telescope (the successor to Hubble), as well as several ground-based instruments.  His team’s IGRINS spectrograph operates at McDonald Observatory and the team is now designing an instrument for the Giant Magellan Telescope.  Prof. Jaffe’s astronomical research employs high-resolution infrared spectroscopy to look at the properties of protostars and of the disks around them that are forming planets.

Prof. Jaffe has been awarded Harvard’s Bart J. Bok prize, a Humboldt Fellowship, and a David and Lucile Packard Foundation Fellowship.  He was Chair of UT’s Astronomy Department from 2011 to 2015.