Events Briefing by H.E. Pjer Simunovic, Ambassador of the Republic of Croatia 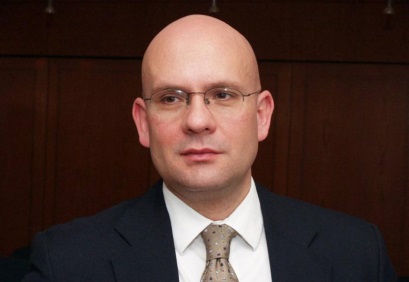 Briefing by H.E. Pjer Simunovic, Ambassador of the Republic of Croatia

The World Affairs Council of Austin is pleased to present a private briefing featuring H.E. Pjer Simunovic, Ambassador of the Republic of Croatia to the United States of America.

Pjer Šimunović is Croatia’s Ambassador to the United States since September 2017. Before
assuming his Ambassadorship, together with a career in international affairs journalism and
academic research he served in various high-level positions in the Croatian Government, in
the fields of national security, defense and diplomacy.
He was Director of the Office of the National Security Council, Ambassador to Israel,
Defense State Secretary in charge of defense policy, National Coordinator for NATO and
Assistant Foreign Minister, heading Division for International Organizations and Security,
Political Counselor at the Embassy in Paris, and Deputy Director of Analytical Department in
the Foreign Ministry. During his career in journalism, he worked with the BBC World Service
in London, with the magazine Europ in Paris, and with the Croatian daily ‘Večernji list’ in
Zagreb, covering the collapse of Communism, crisis and war in the former Yugoslavia, and
European and Transatlantic affairs.
A regular speaker on the security issues at many international conferences and seminars, he is
the author of a range of studies and articles published in the leading international journals,
dealing with the arms trade and defense industry, post-Communist national security, NATO
enlargement, defense transformation, international peace-keeping and stabilization operations,
counter-terrorism (including: ‘Making of an Ally – NATO membership conditionality
implemented on Croatia’, The Journal of Transatlantic Studies, Spring 2015; ‘A framework
for success – contextual factors in the UNTAES operation in Eastern Slavonia’, International
Peacekeeping, Spring 1999; ‘The Russian military in Chechnya – a case study of morale in
war’, The Journal of Slavic Military Studies, March 1998).
Ambassador Šimunović holds an M.A. degree from the Department of War Studies, King’s
College London, and a B.A, degree in the Comparative Literature and Italian Language and
Literature from the University of Zagreb. He is born in Split, Croatia, in 1962. Ambassador
Šimunović is decorated with the title of Chevalier de la Légion d’honneur de la République
française.