There are thousands of non-United States citizens—immigrants and asylum-seekers—serving in our military. They are called “green card soldiers,” and there are currently 37,401 on active duty.

They are promised citizenship in exchange for their service, as well as a college fund up to $50,000.

Instead of following through, however, the United States government most often deports these immigrants.

“War is hard enough on young men but to then be rejected by the country you have been fighting for is probably the worst thing that can happen to any human being,” says Rafi Pitts, director of Soy Nero, an indie film that is exposing the untold and unheard of realities of green card soldiers. 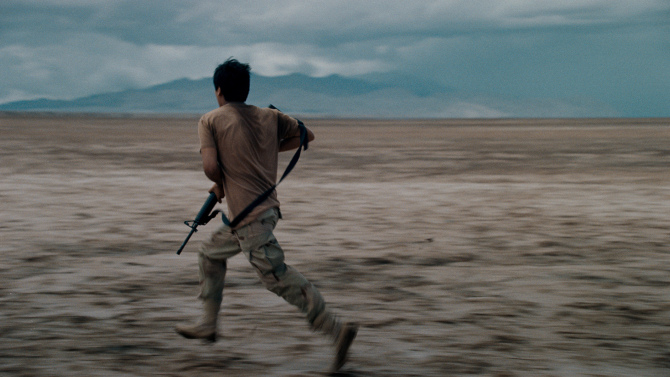 These deportations have been a recurring theme throughout our nation’s history, since our presence in Vietnam thirty years ago. Currently, most of these soldiers are from Spanish-speaking countries.

Though there are many gaping inconsistencies in regards to care for our veterans, America has always held them in high esteem—so why isn’t the same respect and honor extended to the immigrant solider, promised citizenship upon return from service? Presidential hopefuls, particularly from the Republican bid, express this glaring irony through their proposed policies and beliefs.

Measures to prioritize and address the unmet needs of our troops becomes a national confusion—and major tragedy—when we overlook the green card soldier’s dedication to country because of our false realities and fears of immigration.

Now reflected in our current immigration policies, our anti-immigrant sentiment now exposes eleven percent of our soldiers to deportation.

The desire of the green card soldier is an authentic expression of our traditional American ideals: self-reliance for a better future. Faith in the American promise.

To many, these are the founding principles of a United States citizen.

The injustices that befall green card soldiers are an emblem of the dichotomy and incongruity between policy and the realities of the people, one that calls into question the intentions of our civic institutions as we grapple a competing anti-immigrant sentiment and protection of our citizens and soldiers.

—Betsy McKinney is a student at St. Edward’s University in Austin, Texas, and an intern with World Affairs Council of Austin.

The opinions expressed in this blog/article are the author’s own and do not reflect the viewpoint of the WACA, or the World Affairs Councils of America.

This Site Is Protected By
Shield Security →