“Culture is not made up but something that evolves which is human“-E.T Hall

Culture is an extremely broad concept and can be interpreted in various ways, however, the definition of culture provided by Edward T.Hall allows us to get a better understanding of cultural differences. Edward T. Hall was one of the main scholars who studied the concept of culture in the 20th century. With the aim to analyse cultural interactions, he developed the concept of the cultural iceberg which can be applied to any culture in the world. 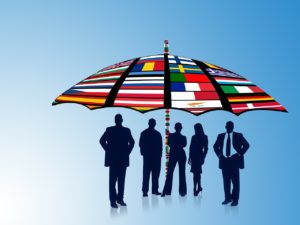 The cultural iceberg refers to culture as a set of characteristics possessed by a person that can easily be changed, or, on the contrary, are much more difficult to change. We can identify and classify these characteristics in 3 different sets: behaviours, interpretations and core values.

Behaviours represent the observable and modifiable part of culture, or the “tip of the iceberg” and include comportments such as food habits, language, etc. The interpretation side of culture represents the unspoken rules of culture, such as courtesy or the notions of leadership. Finally, the core values represent the unconscious rules of a culture such as the decision making process and the importance of the notion of time.

This definition allows us to get a better understanding of how societies work and can explain the culture shock sometimes experienced by people living abroad.

As an exchange student from France, this definition of culture can easily be applied to my experience.

I arrived to the United States in the beginning of August and have been discovering the American culture and adapting to it ever since.

When faced to another country, it’s relatively easy to get used to some basics aspects of culture, for example, I got used to the American food pretty fast after moving to the US.

However, some “unconscious” aspects of my French culture are still extremely present and might create some differences of opinion and habits when compared to the American culture. An example of these cultural differences would be the formality of most people in France. From what I’ve seen so far, Americans are much more informal, from their use of the English language (they usually use first names instead of last names), to how they teach classes at university (classes focus on discussion a lot instead of being lectures).

Being able to understand those cultural differences is definitely a great addition to someone’s education.

In my opinion, even though it is possible to change some aspects of one’s culture to adapt to their current location, some parts of culture (mostly the ones that aren’t noticeable) will be much more complicated to change, and such changes could only happen with people who have been living in a foreign country for a long period of time (for example, people who moved to a foreign country years ago).

However, although culture between countries might be different, I do think there are some things that bring the world together, such as a common values.

Alexandra Pavan was born in France. She is currently enrolled for the semester at the University of Texas at Austin as an exchange student where she studies International Relations.  She is extremely excited about her time at the World Affairs Council of Austin as she knows how enriching it’s going to be.  She is really interested in diplomacy and humanitarian work and hopes to be able to work at the United Nations one day.