By Roy E. Casagranda, PhD and Professor of Government at Austin Community College

The dominant world order for 6,350 years, that the Middle East and North Africa has been host to at least one world superpower, has been turned upside-down for last 150 years. This is the result of successful British, French, and US foreign policies designed to prevent the rise of a Middle East superpower. In 1949 the US overthrew Syria’s fledgling democracy and did the same for Iran four years later. Using Israel as a proxy actor, the US successfully contained Nasser and his secular socialist form of pan-Arabism. 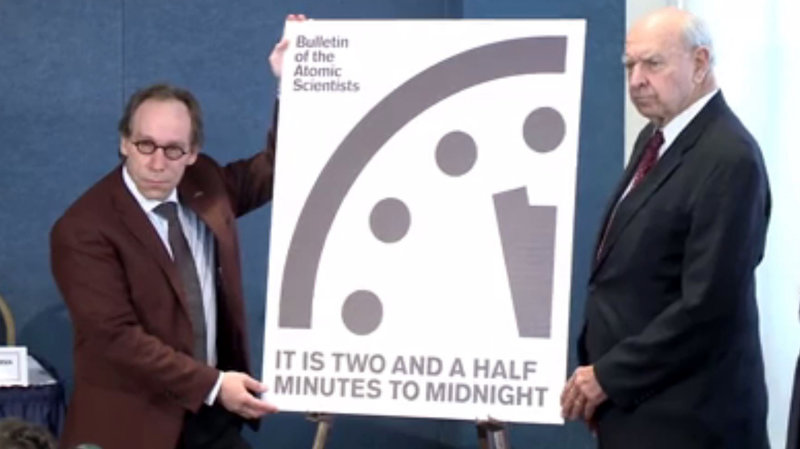 However, the world today is extremely unstable. Instead of secular socialism the Middle East is overrun by tyranny and Salafists. If we consider global stability a desirable outcome, then this policy has been a failure. To punctuate this the Bulletin of the Atomic Scientists which maintains the Doomsday Clock, on January 25 of this year, moved the clock 30 seconds closer to midnight. Note, not on September 25, as the situation in North Korea was brewing over, but rather as a direct result of the election of Mr. Trump and his rhetoric especially around Syria and Iran. It is perhaps no coincidence that the ceremony to move the clock the closest it’s been to midnight in 57 years was conducted by physicist Lawrence Krauss and esteemed Ambassador Thomas Pickering!

Today the US and the world are plunging into chaos. We should expect chaos when a dying empire thrashes around as it tries to stave off the inevitable. But much of the chaos—the massive increase in the terrorism rate, the threat of WWIII, and the threat of nuclear war, as a direct consequence of this our most unusual world power alignment. At the center of this has been a 70-year long drama between Egypt, Israel, Syria, Saudi Arabia, Iraq, Iran, and Turkey. Now that Egypt and Israel have become irrelevant, the US has destroyed Iraq, and Syria has self-immolated, the drama is down to three contestants. Two are US allies, though the Turkish alliance is in jeopardy. And the other is a bitter enemy, though I doubt anyone in the US can identify why.

What is at stake is the future of humanity. The question at hand is how much more violence will the world see before this power vacuum is filled and how much more of the US’s dwindling resources will it commit to sustaining the power vacuum. Today the symbolic center of this has become the nuclear bomb. Egypt abandoned developing the weapon after Chernobyl, but restarted its program after the US destroyed Iraq in 2003, only to abandon it again after Fukushima. Israel and Turkey have the nuke, though neither admits it. Saudi Arabia is developing it and Iran has a treaty at postponing such development for another 14 years. This treaty, which Trump is threatening to unilaterally abrogate, effectively slows down Iran’s ability to increase its regional influence.

Without the ability to cancel Saudi Arabia potential weapon and Israel and Turkey’s nuclear arsenals through mutual assured destruction (MAD), Iran is at the mercy of bullying, thus diminishing its capacity to assert itself. The fear of nuclear Iran is not because Iran would use the nuke, but rather that Iran would be able to cancel the threat of nuclear war against it.

At a time when the US President’s rhetoric normalizes nuclear war, destabilizes East Asia, and tweets threats in a seemingly random and bellicose manner, perhaps we should exercise a more cautious approach to a region where we have traditionally been reckless and violent. Maybe now is the time to consider long term goals rather than short term benefits and poorly considered chauvinism.